In 1824, the Hume and Hovell expedition entered the Kiewa Valley and followed the Yackandandah Creek southwards. Aboriginals had already inhabited the area for thousands of years. The arrival of gold miners and their diseases all but eliminated and dispersed the Kiewa Valley tribes by about 1860.

In 1852, Frederic Street took up a lease on the Baranduda Station, shortly after gold had been discovered. He built the first homestead at the junction of the Kiewa River and Yackandandah Creek, not far from the present homestead. Frederic supplied meat and milk to the thousands of Beechworth and Yackandandah miners. Gold mining continued until the outbreak of The Great War. Remants of the dredge remain just below the present homestead near the Yackandandah Creek which was abandoned in 1914 when most of the workers joined the army.

Frederic’s youngest son, Philemon, inherited the homestead upon his father’s death in 1880. He built a new brick homestead to replace the first.

In 1894, Alexander Whyte (great grandfather of the present Baranduda Homestead owner) his wife Mary and children Jane, William and John bought the homestead. Alexander was born in Scotland in 1831, migrated to Canada as a boy with his parents and joined the gold rush in Australia in the 1850’s. John and William farmed the land after Alexander’s death in 1907. He and his wife are buried at the Yackandandah cemetery.

William died in 1924 and John in 1929. The brick homestead was demolished in 1934 by John’s family. The old homestead was prone to flooding in the winter and the Kiewa Valley road, once beside the homestead, had been moved making access difficult. 45,000 bricks, doors, ceilings and other fixtures were salvaged and used in the construction of the present Baranduda Homestead.

John’s son, also named John, supervised the construction of the present homestead and lived there most of his adult life. His daughter, Liz and her husband Ken and family are now the owners of Baranduda Homestead and the hosts of the Bed and Breakfast. The descendants of John Whyte (senior) still farm the roughly 2000 acres at the junction of the Yackandandah Creek and the Kiewa River. This is the centre of the original 15,000 acre Baranduda Station established by Frederic Street in 1852. 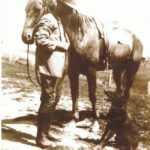 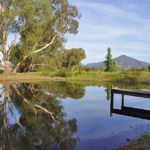 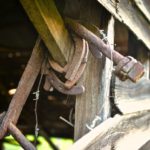 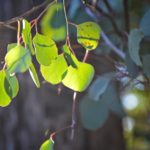